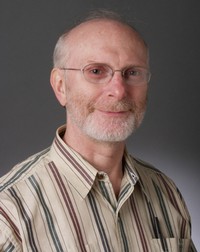 Dr. Murray Baron is the chief of the Division of Rheumatology at the Jewish General Hospital, where he has practiced since 1981.  He graduated from McGill University’s Faculty of Medicine and, after stints as a family doctor in Newfoundland and British Columbia, trained in internal medicine at the University of British Columbia and rheumatology at the University of Toronto.  He is an Associate Professor of Medicine at McGill University.

He runs a division with five full-time academic rheumatologists and one part-time rheumatologist, which is similar to the numbers at the McGill University Health Centre, McGill’s other teaching hospital. In the last three years, three new rheumatologists have been hired, including Dr. Marie Hudson who is a full-time academic. Among the other rheumatologists, one has a strong interest in medical education, another in the use of musculoskeletal ultrasound as a diagnostic tool, and
a third in the use of videocapillaroscopy as a clinical and research tool in the rheumatic diseases.  In addition, Dr. Brett Thombs, an academic psychologist from the department of psychiatry, has a cross appointment in rheumatology.

Dr. Baron’s primary research interest is in an uncommon rheumatic disease called scleroderma.  In this disease, there is fibrosis of multiple organs leading to severe morbidity and increased mortality.  Because the disease is rare, Dr. Baron has established the Canadian Scleroderma Research Group (CSRG). Over 15 rheumatologists from across Canada see patients once a year and enter a large amount of data into a central database. Biological specimens, such as blood and skin, are also collected.  Research is performed on the data by clinical researchers at McGill and elsewhere, and on the bio-specimens at multiple laboratories that Dr. Baron has brought into his group.

Since its inception in 2004, over $4.5 million dollars has been brought in from peer review agencies by Dr. Baron and his colleagues in the CSRG. More than 60 articles have been published in the scientific literature since the CSRG was formed.  The CSRG, under Dr. Baron’s direction, has become a well recognized leader in scleroderma research in the world.

In addition, Dr. Baron has established the McGill Early Arthritis Registry that has performed research on recent onset inflammatory arthritis.  Much of the work in this area will be turned over to one of the new rheumatology recruits, Dr. Sabrina Fallavollita.

He has also created CANCoRC, the Canadian Consortium of Rheumatology Cohorts, in an attempt to strengthen Canadian rheumatology research by seeking common funding and identifying commonalities across rheumatic disease research teams.

About Scleroderma Association of B.C. Media Room Contact Us
Become a member
and receive The
Bulletin
CLICK HERE